Bush fires, drought, flooding & the Covid pandemic have made 2020 a year to never be forgotten. But how has this affected the Australian Economy 2020? Find out.

If there is one thing on everyone’s mind at the moment in the midst of the global pandemic, it’s the health and safety of the entire nation. Coming in a close second is the state of the Australian Economy 2020. The economy took a huge hit as we saw many businesses forced to close while we were sent into lockdown in March, resulting in close to one million Australians finding themselves unemployed and even more with significantly reduced work hours. As we slowly rebuild our lives post lockdown, the fear of a second lockdown is ever imminent, and currently underway in Melbourne. What affect will this have on the Australian economy, and what can we expect to see in the coming months?

How Has The Australian Economy Being Impacted in 2020

While we all rung in the New Year with high hopes of what was to come, we woke up to the news of the South Coast fires that tore through entire communities. Up until February, these out of control fires ravaged Australia, crippling communities and impacting the economy, with many tourists cancelling trips. Just as things started to improve, a global pandemic was set to send Australia into another spin. By the end of March, non-essential businesses were forced to close, leaving many Australians out of work as we entered into lockdown for six weeks. While we have reopened again, it is far from over, with many businesses struggling to make ends meet. So where does this leave the Australian economy in 2020?

Treasurer Josh Frydenberg has spoken out and revealed exactly what this pandemic has cost our country. An Australian economy 2020 update shows our budget deficit will hit the $184 billion mark this financial year, which is the biggest blow out since World War II. As the economy took a major hit, the Australian Government stepped up with a number of support packages to keep businesses afloat and help the economy as much as possible. These include the JobKeeper and Jobseeker programs that have become lifelines for businesses and individuals alike. However, these programs are set to end in October this year, threatening to create the fiscal cliff.

What Is The Fiscal Cliff?

When the funding is cut off towards the end of this year, many Australian people and businesses are going to feel the hit. This will then result in a big hole in economic activity, as people tighten their belt buckles, instead of spending money to help the economy. On 22 July, the Government announced an extension of the JobKeeper program until March, under new conditions and with smaller amounts of cash available. While this has helped to lessen the expected fiscal drop, it won’t prevent it.

So what exactly has changed under the new JobKeeper payments and what impact will this have on the Australian economy in 2020? Right now, $1500 is being paid fortnight to eligible Australians, with more than $30 billion paid out to date. From September 28, two-tier payments are beginning based on pre-COVID hours. This is $1200 a fortnight for workers on 20 or more hours and $750 a fortnight for those on less than 20 hours. From January 4, this top-tier payment will be reduced to $1000 and second-tier reduced to $650.

Between March and May, 870,000 jobs were lost, while more than one million Australia had their working hours reduced. The unemployment rate is now up at 7.4 percent and is expected to rise before the year is out. The Government has spent unprecedented amounts of money already, and The Grattan Institute has estimated it would cost $70 to $90 billion a year over the next two years to get that figure back to under 5 percent. It’s no secret that the impact of the Coronavirus is far-reaching, and we are still yet to find ourselves out of the woods. Melbourne has recently re-entered a second lockdown amid an escalating number of cases across their city, while Sydney is under the threat of another lockdown with numbers increasing daily. Another hit to the economy could escalate these huge figures even further, with the debt and deficit rising.

If you have found yourself in a position of being unable to make ends meet, then it is worth considering taking out a loan to help tide you over. At Australian Lending Centre, we can find the right loan for your personal needs to get you back on track and ensure you stay afloat amidst the looming global pandemic. Right now, getting back into the workforce is a difficult feat. Even with Government payments, it can be hard to get by. A loan is a great way to tide you over in these times. Speak to one of our experts today. 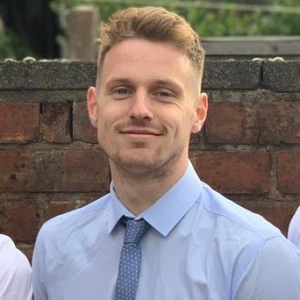 All Posts »
PrevPreviousWhat Is Debt Management?
NextPersonal Loans With No Credit CheckNext

Personal Loans With No Credit Check

Personal loans are a great cash injection. Do you want a quick & easy option with no impact on your credit score? Consider personal loans with no credit check.

What Is Debt Management?

Ultimate Debt Management Guide – We discuss the difference between good vs bad debt & give tips on how to escape debt. Find out what is debt management here…

Has Covid put you into financial hardship? Don’t rush into anything before knowing the facts. Learn the risk of withdrawing super early here.

How Does Private Lending Work?

Can I Get A Second Mortgage For Down Payment?

Property is a great, but expensive investment, requiring a large down payment to secure. But can you get a second mortgage for down payment?

For 25 years Australian Lending Centre has been offering Australians a financial relationship with access to the latest financial products and services. Our highly trained, specialist lending consultants are here to help you get on track financially. With our wide range of loan products, Australian Lending Centre strives to make a long-term commitment with each customer we work with. ALC is a one-stop-specialist for bad credit loans, business loans, refinancing and debt consolidation into one easy repayment, Australia wide. For bank-alternative finance assistance required, get in touch, we aim to help every customer get the most suitable loan product for their needs!

Personal Loans With No Credit Check

What Is Debt Management?

How Does Private Lending Work?

Can I Get A Second Mortgage For Down Payment?