Afterpay and the rise of Buy Now, Pay Later Services

Since buy now, pay later services have been invented, people can get what they want, while not paying the full price from the get-go. Doesn’t that sound awesome?

Whenever you’re in a store and you see something that you’d love to buy, but your wallet is empty, you get full of frustration. You would do anything to get the necessary money, only so you can purchase the product before it’s out of stock. You’re not alone. A lot of individuals are experiencing this.

Since buy now, pay later services have been invented, people can get what they want, while not paying the full price from the get-go. Doesn’t that sound awesome?

Such services like Afterpay have risen, and millennials are loving it. While this might seem like a good option, it might not always be the wisest thing to do, especially if you have no plan on how you’ll pay the rest of the money.

Here’s what you need to know about Afterpay, and the growth of buy now, pay later services

Buy Now, Pay Later Services – What Are They?

Buy now, pay later services represent an option you have in stores when you want to buy a product, yet you don’t have enough money for the full price at that moment. Such a service allows you to submit to a plan where you pay part of the price at the beginning, whereas the rest will be paid in instalments over a certain period of time.

Usually, the buyer receives the product before making the full payment, which is something that attracts many individuals. Not to mention that the trend is extremely popular among millennials, as young people have fewer chances to receive a credit card – thus, they have to resort to other solutions. In certain situations, it’s a very convenient option.

Since not all people meet the requirements for credit cards, the rise of buy now, pay later makes sense. Basically, these services let people buy something without making an upfront payment, or without having upfront interest or fees. For this reason, we are seeing millennials rush to use Afterpay.

With the rise of Afterpay, we are seeing a lot of younger consumers utilising Buy Now, Pay Later services. The Australian Securities & Investments Commission has declared that the number of people using this method has gone from 400,000 to 2 million. This boost occurred between the financial years 2015-2016 and 2017-2018.

Afterpay has become the most popular choice of service for Australians.  As mentioned it is a buy now, pay later service that allows you to pay for something in four instalments. This allows you to buy a product or use a service without having to provide full upfront payment.

One of the major appeals to using these Buy Now, Pay Later services is the fact that there is no interest charged. As a customer, you are required to pay for your purchase in instalments for about 56 days. Whilst no interest is charged, you will have to pay a late fee if you miss payments. Timely payments will grant you access to a free service.

Buy Now, Pay Later services such as Afterpay are generating their revenue from customers who are late with their payments and merchant fees. In fact, 17% comes from late fees, and the rest comes from merchant fees.

The service has made a reputation ever since May 2016. It was able to raise $25 million through shares. It’s market capitalisation was of $165 million, after selling more than 15% of their equity. Afterpay makes sure to give the retailer all of their requested amount upfront, to assume the non-payment risk that may come with some customers.

Although Afterpay was launched only 3 years ago, 16,500 Australian retailers offer it as an option. Moreover, 10% of customers in Australia are using the service. Its success is undeniable.

Is it worth it?

Buy now, pay later services can be very convenient. They guarantee that you can purchase a product in time, before it sells out, even if you don’t have the whole amount of the price. As a consumer, this is really appealing.

At the same time, Buy Now, Pay Later services can be detrimental to your personal finances. Many young Australians are overspending and paying for products that they simply cannot afford. If you continue to miss payments, you can also receive a default on your credit file. Unless you clean your credit, you may struggle to secure a loan in the long run. Whilst alternative lenders offer support for people with bad debt, it is better to prevent this from happening early on.

The key to using Buy Now, Pay Later Services such as Afterpay is to come up with a plan, budget and make sure that you’ll be able to pay off all instalments in time. Not doing so will end up costing you more than you want to, and you’ll only deal with debt afterwards.

Get In Touch With Us Now! 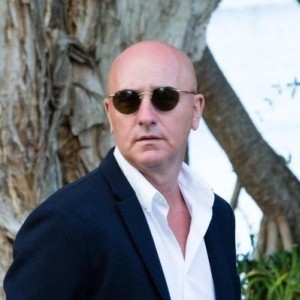 Christoper Riotto is the Managing Director of Australian Lending Centre. He has over 30 years of experience in Financial Services. Chris Riotto has an exceptional knowledge of loan structuring, providing brokerage solutions across Australia. Chris is qualified to facilitate loans throughout Australia, holding a valid Australian credit license.
PrevPreviousNo Credit Check Loans Considerations – Do or Don’t?
NextWhat Are The Benefits Of Using An Alternative Lender?Next

For 25 years the Australian Lending Centre has been offering Australians a financial relationship with access to the latest financial products and services. Our highly trained, specialist consultants are here to help you get on track financially. With a wide range of debt management and loan products to offer, Australian Lending Centre strives to make a long-term commitment with each customer we partner with. We are one-stop-specialist for debt consolidation, bad credit loans, business loans, refinance and debt management strategies Australia wide. When you need bank-alternative finance assistance, we are here to help. Our goals to help every customer get the most suitable financial product for their situation!

Personal Loans With No Credit Check
How Do Cash Advance Loans Work?
5 Top Budgeting Tips To Get Ahead
What Are Land Bank Loans?
Jobkeeper Payment Reduction – What You Need To Know
Private Lenders vs Banks – Who To Choose?